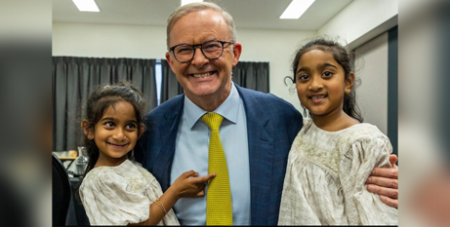 Australia’s policies in relation to asylum-seekers and refugees in recent years have been unnecessarily mean, but the election of the Albanese Government provides a chance for a reset, writes Fr Frank Brennan SJ. Source: Eureka Street.

In his message for this year’s World Day of Migrants and Refugees, Pope Francis said: “No one must be excluded. God’s plan is essentially inclusive and gives priority to those living on the existential peripheries. Among them are many migrants and refugees, displaced persons, and victims of trafficking.”

There is no way that we Australians can accommodate all refugees, displaced persons, victims of trafficking and those who would like to be migrants to a wealthy, secure country like Australia. No matter who is in government, we will always fail the universal, borderless test put by Pope Francis.

But we Australians need to admit that in recent years, our policies in relation to asylum-seekers and refugees have been unnecessarily mean, cruel and disorganised. The election of the Albanese Government provides the opportunity for a reset, putting behind us the past mistakes of both Coalition and Labor governments in the past 20 years.

As part of the attempted reset, the Albanese Government sent two distinct signals on refugee and asylum policy within a month of the May election. First, on 20 June 2022, the Nadesalingam family were released from detention, issued with bridging visas and allowed to return to Biloela in Queensland.

Second, at the very same time, the new Home Affairs Minister Claire O’Neil flew to Sri Lanka, where she announced that “Australia’s border protection policies have not changed” and "the only way to enter Australia legally, is with a valid visa”.

These two signals showed the Government will continue to do all in its power to stop the boats, while at the same time attempting to deal more decently with the residual caseload of applicants who made it to Australia without authorisation.

Those of us who want more decent treatment of this residual caseload need to accept that governments of both political persuasions will remain committed to stopping the boats and doing whatever it takes to keep the boats stopped. But our acceptance should be conditional on the Government being able to assure the Parliament that any turnbacks are effective, lawful and safe.