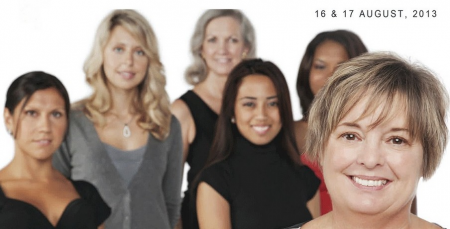 Donella Johnston hopes an upcoming Colloquium will help in discerning ways in which the wisdom of women might be better integrated into the life and leadership of the Church.

Next month the Council for Australian Catholic Women (CACW) and the Office for the Participation of Women (OPW) is hosting a Colloquium. Its theme is

Wisdom is radiant and unfading,
and she is easily discerned by those who love her,
and is found by those who seek her.
She hastens to make herself known to those who desire her.
One who rises early to seek her will have no difficulty,
for she will be found sitting at the gate.

My hope is that this colloquium will provide an opportunity for the bishops to discern ways in which the wisdom of women might be better integrated into the life and leadership of the Catholic Church throughout Australia.

I also hope is that through the rich program of the colloquium – which includes workshops on wisdom in prayer, scripture, art, the Earth and the life of St Mary MacKillop – delegates will be renewed, re-energised and re-equipped to return to their dioceses and encourage other women to re-engage in the life of the Church.

In 1996, the Bishops of Australia commissioned a research report into this participation of women in the Catholic Church in Australia.

Gender diversity was also found to add more organisational value through the quality of decision making, produce more effective leaders who act with greater integrity, show greater evidence of a diversity of thought and perspective and at the same time, greater unity and collegiality and foster an atmosphere of trust, respect and confidence among members (Source: Gender agenda: Unlocking the power of diversity in the boardroom, InSync surveys 2010, Executive summary http://www.primed.net.au/Learning-Space/Gender-agenda-Unlocking-the-power-of-diversity-in-the-boardroom )

During the past few months, as I watched the ‘gender wars’ play out around our first female Prime Minister Julia Gillard, the admirable way army chief Lieutenant-General David Morrison responded to the sexually abusive culture of the ADF http://www.abc.net.au/news/2013-06-14/chief-of-army-fires-broadside-at-army-over-email-allegations/4753208 , and various cases of sexual assault reported almost weekly from a variety of sporting fraternities, I cannot help but think that the gender agenda truly is gaining momentum.

Organisational cultures that exclude women from their highest echelons of power are one by one being called to account for their ‘cultures of abuse’.

I believe this increased public awareness of the link between the abuse of power and toxic culture and male-dominated leadership has significant implications for the organisational culture of the Catholic Church.

Inclusivity is about inviting everyone in from the outer boundaries or the ‘gates’ of our institutions and organisations and into the inner sanctum or the “temple” where decisions are made. As St Paul reminds us ‘All baptised in Christ, you have all clothed yourselves in Christ, and there are no more distinctions between Jew and Greek, slave and free, male and female, but all of you are one in Christ Jesus’ (Galatians 3:28).

At the end of the day, gender equality is about basic human rights.

It’s about opportunity and when it comes to leadership.

It’s about good governance, corporate performance (transparency and accountability) and the ethical and socially responsible use of power.

The signs of the times appear to be telling us to go to the gate and invite the radiant and unfading wisdom of women into the inner sanctum of corridors of power in our Church.

If you would like to be part of this holy conversation please join us at Mary MacKillop Place in North Sydney on August 16 and 17.

Donella Johnston is the ACBC’s Director for the Office for the Participation of Women (OPW) and as the Executive Secretary to the Bishops' Commission for Church Ministry (BCCM).