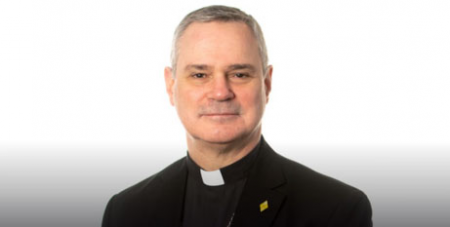 Essendon fan and Melbourne Archbishop Peter A Comensoli has indicated he may find a new club, saying if the departure of CEO Andrew Thorburn is a litmus test of the value and place of people of faith in Victoria, “then we are in big trouble”.

“It is outrageous that a person of good character has felt that he must choose between a public leadership role and being an active member of a Christian community,” Archbishop Comensoli said in a statement yesterday.

“Andrew Thorburn, a dedicated supporter of Essendon since childhood and a known man of faith, was appointed CEO after years of leadership in major Australian organisations that have been inclusive of all people. Why is this now a problem for this football club?

“I commend Andrew for his charitable and Christian response to this awful treatment.

“Sadly, this situation sends a chilling message to ordinary faith believers in Victoria, that they can’t be trusted to exercise leadership and service in the community. I offer a word of encouragement to them.”

The Archbishop said the episode had been a polarising and divisive moment and not about respecting diversity.

“I feel for young women and men currently seeking to further their football or other careers, now asking whether their personal faith might hinder their progress,” he said.

“I think of the families who have long supported their club, now wondering if their beliefs are acceptable to the leadership of the club they belong to or sponsor.

“I became a supporter of the Bombers on my first day ‘in the job’ here. But frankly, if Essendon can’t be inclusive and fair to supporters who hold a religious faith, maybe it’s time to find a new club.”

Thorburn the latest sacrifice to cancel culture (The Australian)

A test for people of faith: Faith leaders ‘appalled’ by treatment of Thorburn (The Age)