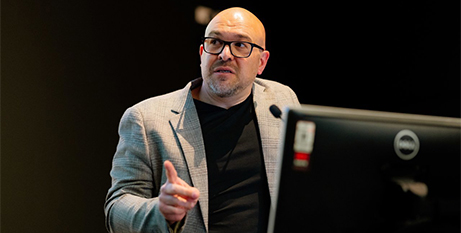 Stephens reflected on the state of modern conversation, arguing that by attending more carefully to “the spaces between us”, people might nurture a healthier democratic culture. In those spaces, he said, people learn how to speak with each other in more respectful, constructive and hospitable ways — in contrast to the tribalism and incendiary rhetoric that have come to dominate so much of the current public conversation, particularly on social media.

First held in 2000, the Simone Weil Lecture was as an initiative of Australian philosopher Raimond Gaita and invites distinguished scholars to reflect on themes inspired by the ethical vision of French philosopher and activist Simone Weil, whose work highlighted themes of mutual obligation, attentiveness, compassion, justice and the pursuit of the good.

Titled “We do not breathe well”: Tending the moral conditions of our common life”, the November 8 lecture was hosted by both the ACU School of Philosophy and ABC Radio National.

Stephens dedicated the lecture to Raimond Gaita, whose work, he said, “invites us to see the world and the world of our fellow creatures in a different light, seeing our fellow creatures as proper objects of love, as bearers of a kind of inexhaustible preciousness, and that, it seems to me, transforms the nature of the battlefield altogether.”

Seen in the light of Gaita’s vision, Stephens said, our shared spaces and forums of public conversation are often revealed as severely wanting. Our shared air, he said, “has become, in effect, unbreathable for others”.

‘The spaces between us’: the ABC’s Scott Stephens on relearning the art of gracious conversation (By Christian Bergmann, Melbourne Catholic) 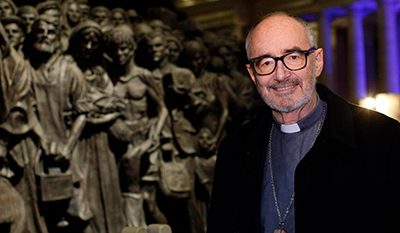