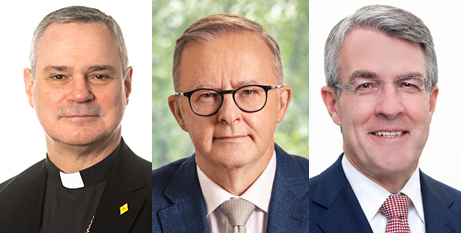 Faith leaders are urging Anthony Albanese to reverse his opposition to a “statements of belief” clause in religious discrimination laws to protect people of faith from being sacked over voicing their beliefs. Source: The Australian

Attorney-General Mark Dreyfus has begun consultations on religious discrimination legislation, with faith leaders expecting a draft bill to be released in the first half of next year.

The faith leaders are urging the Prime Minister to revive the statements of belief clause in the Morrison government’s religious discrimination bill, which failed to pass the Parliament.

The clause protected religious people who expressed their beliefs from being sanctioned by state-based anti-discrimination law “so long as such statements do not harass, threaten, intimidate or vilify a person or group”.

Labor attempted to water down this part of the legislation through proposing an amendment, with Mr Dreyfus arguing it would “override every state anti-discrimination law”.

Archbishop Comensoli linked the need for a statements of belief provision with the fate of Mr Thorburn, who was forced to resign as Essendon Football Club’s chief executive for not leaving his position of chairman at the City on a Hill church.

The faith leaders are also pushing for federal anti-discrimination legislation to effectively override state laws, including Victoria’s directive that religious schools can only consider the faith of an applicant if it is directly relevant for the role.

Pope extends Synod on Synodality to 2024