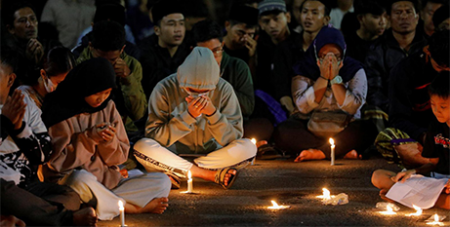 As Indonesian police come under mounting criticism after at least 125 people died in a soccer stadium stampede on Saturday, Pope Francis prayed for the victims. Source: UCA News.

The tragedy on Saturday night in the city of Malang, which also left 323 injured according to police, was one of the world’s deadliest sporting stadium disasters.

Arema FC supporters at the Kanjuruhan stadium stormed the pitch after their team lost 3-2 to the visiting team and bitter rivals, Persebaya Surabaya.

Police, who described the unrest as riots, said they tried to force fans to return to the stands and fired tear gas after two officers were killed.

Many of the victims were trampled or choked to death, according to police.

Arema football coach Javier Roca yesterday said that fans had even “died in the arms of players,” after some of the team stayed on the pitch when the game ended.

“I think the police overstepped their mark, even though I wasn’t out there and didn’t experience the outcome,” the Chilean coach told Spanish broadcaster Cadena Ser.

President Joko Widodo ordered an investigation into the tragedy, a safety review into all football matches and directed the country’s football association to suspend all matches until “security improvements” were completed.

During his weekly Angelus prayers yesterday, Pope Francis prayed for the victims of the stadium stampede, Vatican News reports.

“I pray for those who have lost their lives and for the wounded following clashes that erupted during a soccer match in Malang, Indonesia.” 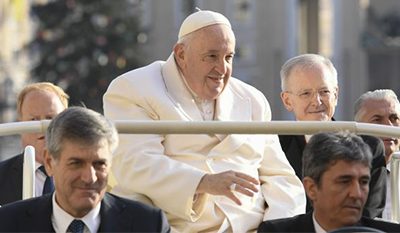