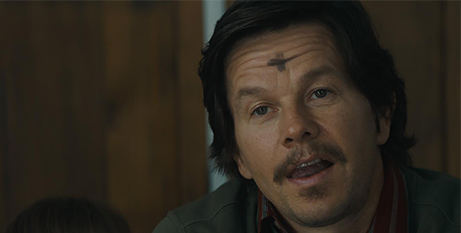 An edited version of Mark Wahlberg’s latest Catholic film, Father Stu, is being released next month with the aim of widening the audience to include more families with children. Source: CNA.

Like the original cut – which was released in April and included some eyebrow-raising profanity and sexual moments – Father Stu: Reborn chronicles the life of Father “Stu” Stewart Long, a rough-around-the-edges Montana boxer turned Catholic priest in a riveting story of loss, suffering, and redemption.

However, the new cut drops more than 100 instances of swearing and all religious profanity, the movie’s director and screenwriter, Rosalind Ross, said.

The film also tones down a sexually provocative scene, she said. She added that there is still some swearing in the film, but it is “in the realm of, ‘Damn’.” Any “F words” and certain lines where God’s name is taken in vain were cut, she said.

The profanity and frisky on-screen action were an issue for some fans of the original film.

“The constant refrain from the audience was, ‘I love this movie. I wish I could bring my kids to see it,’” Ross said.

“We wanted to remove that obstacle and open the experience up to the whole family. We really just listened to the audience and were blessed to have a chance to react to that,” she said.

Played by Mark Wahlberg, Father “Stu” Stuart Long died at the age of 50 in 2014 from a rare muscular condition. He was ordained a priest in the Diocese of Helena in 2007. A late vocation, Long had pursued careers in acting, boxing, teaching and museum management before entering the priesthood.

So, about all those swear words in ‘Father Stu’: A cleaned-up version is on the way! (CNA)