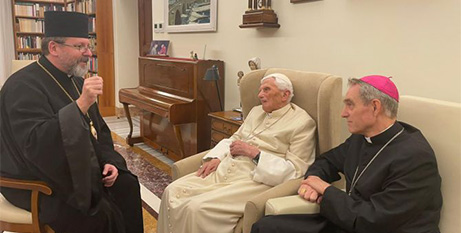 The leader of the Ukrainian Greek Catholic Church met with retired Pope Benedict XVI in the Mater Ecclesiae monastery in Rome this week and asked him to keep praying for Ukraine. Source: CNA.

The last meeting between the two was in February 2019. During that meeting, Benedict showed his was well informed on the events in Ukraine and stressed that he always prayed for peace in Ukraine.

In their meeting on Wednesday, Archbishop Shevchuk spoke about the war in Ukraine, presented the humanitarian situation to the pope emeritus, reiterated that the war was ideological and colonial, and compared it to the Nazi regime.

He also thanked Benedict XVI for his letter at the beginning of the war.

Benedict stressed that he was following the situation in Ukraine closely, expressed his great sorrow for the suffering of the Ukrainian people, and said that he always prayed for peace to come.

Archbishop Shevchuk replied that “only the power of prayer keeps the Ukrainian people alive”, so he asked to continue praying for Ukraine.

Archbishop Shevchuk is in Rome for a week of meetings at the Vatican. It is the first time he has left Ukraine since the Russian invasion on February 24. 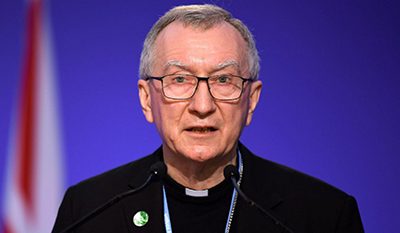 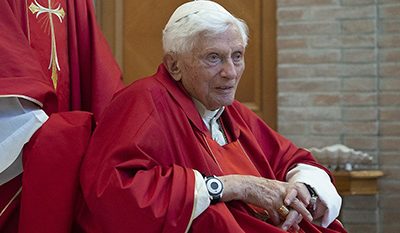