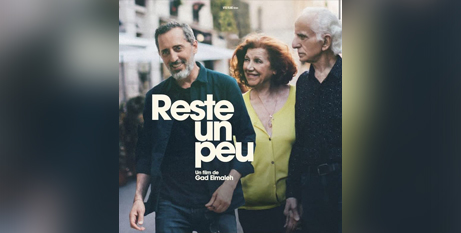 Reste Un Peu (Stay With Us) is an autobiographical French comedy about a Jewish comedian who decides to become Catholic. His family strenuously objects and pressures him to “stay with us”, giving meaning to the film’s title. Source: Australian Catholics.

Gad Elmaleh stars and directs this subtitled film, which addresses his religious conversion. It argues the importance of affirming one’s beliefs, asserts the relevance of showing tolerance for what others say and demonstrates Gad’s deep love for his family.

Gad worked in the United States for three years as a professional comedian. He returned to Paris to be baptised as a Catholic but was hesitant to tell his family. Despite attempts to hide the truth, his probing parents found he had developed a deep devotion to the Virgin Mary. In their own words, they would much prefer him to be experiencing “a mid-life crisis”.

Gad’s path to Catholicism from the Jewish faith was deeply traumatic to his parents and family, and they tried every means possible to convince him to stay Jewish. Gad did all he could to communicate to his family that his change of faith in no way affected his Jewish, cultural-identity, or the deep love he felt for his family. Gad brings his family around to understand his beliefs, and the film creates genuinely comic moments in a battle of wits that Gad knew he had to win.

It is highly relevant to note that this is an autobiographical movie, and Gad’s story may not yet be finished. Gad’s understanding of Judaism and Catholicism has clearly influenced the film. His beliefs have shaped him as the film’s director and as its main actor. As a result, the film is extraordinarily, and movingly, authentic.

This is a warm, human movie that offers offence to no set of religious beliefs. It is a thoughtful and rewarding film. 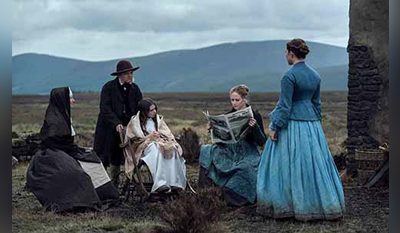 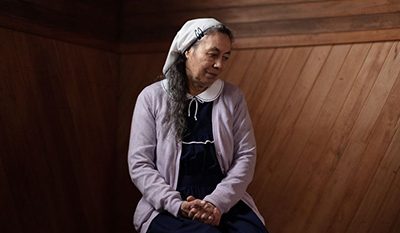 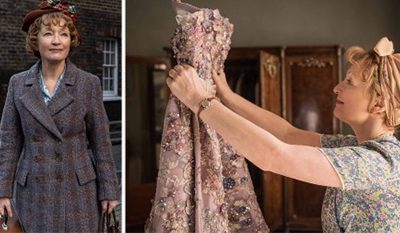