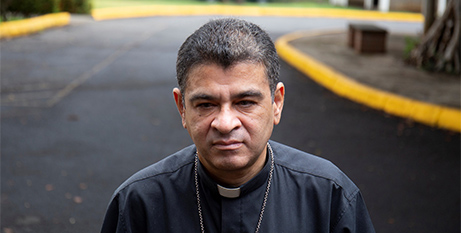 A Nicaraguan court has ordered that a Catholic bishop remain under house arrest on charges of “conspiracy” and “spreading false news”, a government media site said. Source: Crux.

The government website El 19 Digital said on Tuesday that Matagalpa Bishop Rolando Álvarez has been formally charged with those crimes and “damaging the Nicaraguan government and society”.

The first hearing for Bishop Álvarez is scheduled for January 10.

A warrant was also issued for a priest, Fr Uriel Vallejos, who had already reportedly left Nicaragua.

The move on Tuesday was the latest chapter in a crackdown on the Church by the administration of President Daniel Ortega, which expelled the religious sisters from Mother Teresa’s Sisters of Charity religious order.

In March, Nicaragua expelled the papal nuncio, the Vatican’s top diplomat in Nicaragua.

Bishop Alvarez has been under house arrest since August. He had been a key religious voice in discussions of Nicaragua’s future since 2018, when a wave of protests against Mr Ortega’s government led to a sweeping crackdown on opponents.

The Ortega Government arrested dozens of opposition leaders last year, including seven potential presidential candidates. They were sentenced to prison this year in quick trials closed to the public.

Mr Ortega has contended the pro-democracy protests were carried out with foreign backing and with the support of the Catholic Church.

Call for apology after false evidence used to incriminate Jesuit 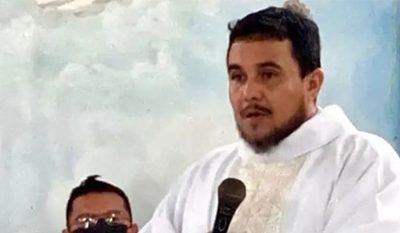 Dictatorship in Nicaragua sentences priest to 10 years in prison