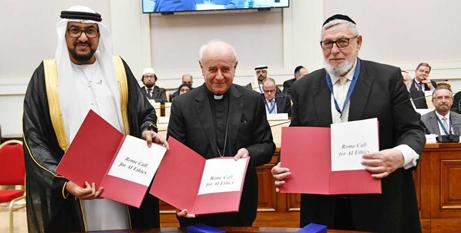 Representatives of the Muslim, Catholic and Jewish faiths have come together at the Vatican to sign a document calling for a code of ethics for the use of artificial intelligence. Source: CNS.

Although the computational power of artificial intelligence has been around for decades, the technology has advanced so rapidly and spread so widely that many ethicists, industry experts and governments are looking for ways to make sure the new possibilities do not become problems.

Among the many potential problems needing attention are: AI replacing human labour; determining who is responsible for AI-generated mistakes and misinformation; the protection of privacy and limits of surveillance; the need for safety, transparency and fairness; and biases used in algorithms.

“We need all the help we can get” to make sure AI is “aligned with fundamental human values without leaving anyone behind,” Dario Gil, IBM’s senior vice president and director of research, said at the Vatican-hosted event last week.

That is one of the reasons why almost three years ago IBM and Microsoft became the first signatories of the Rome Call for AI Ethics. The initiative was led by the Pontifical Academy for Life, which invited two of the world’s leading developers of artificial intelligence software to sign an appeal for an ethical framework and guidelines for the field of AI.

Since then, the call has been endorsed and supported by two dozen other institutions, private companies and organisations in an effort to build a global movement to create and commit to a new “algor-ethics.”

Archbishop Vincenzo Paglia, academy president, presented the newest group of signatories pledging to do their part in pushing for the ethical development and use of AI: Rabbi Eliezer Simcha Weiss, a member of the Chief Rabbinate Council of Israel, and Sheikh al Mahfoudh bin Bayyah, secretary general of the Abu Dhabi Forum for Peace.

“We are aware of the moral strength that this event gives witness to” by having three Abrahamic religions come together with “other institutions to promote and safeguard our common humanity,” the archbishop said before the signing ceremony.

Archbishop Paglia said he will be inviting representatives of “the great religions of the East” to sign the Rome Call at a gathering in July in Japan. 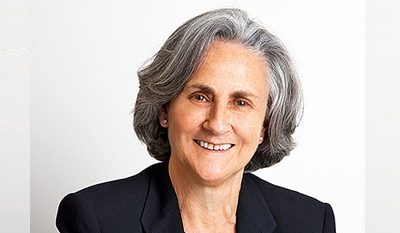 Negotiating the conflict between faith and the law