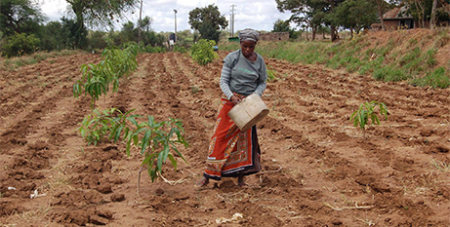 As Kenya lifted a ban on the open cultivation of genetically modified crops, some Catholic bishops expressed reservations about the technology, citing ethical concerns about the farming and consumption of the foods. Source: Crux.

At a Cabinet meeting in Nairobi on October 3, the Government ended the November 2018 prohibition on open cultivation of the crops and the importation of foods and animal feeds produced through genetically modified organisms.

The action came as Catholics, other Christian groups and relief agencies moved to aid millions of people suffering drought in several arid and semi-arid areas. In September, agencies warned that famine was at the doorstep, especially in northeastern Kenya, near Somalia.

“It is not about rejection or acceptance. It is about understanding the ethical issues around GMOs,” Bishop Wilybard Kitogho Lagho of Malindi told CNS.

“The timing is wrong. Why wait to fix an issue when people are most vulnerable? That would be open to manipulation.”

At least 4.2 million people in Kenya are affected by the drought – the worst in 40 years, according to the United Nations. Between March and June, more than 200,000 severely malnourished children in the drought-affected region reportedly faced a threat to their lives.

Bishop Lagho told CNS the ethical concerns about the technology would have come out in the open if there had been public comment on the issue before the lifting of the ban.

“We already know there are some implications. Once GMO seeds are planted, the farmer must always go to the market to buy the seeds for the next planting season. That does not give the peasant farmer a leeway to compete favourably with the multi-nationals,” the bishop said.