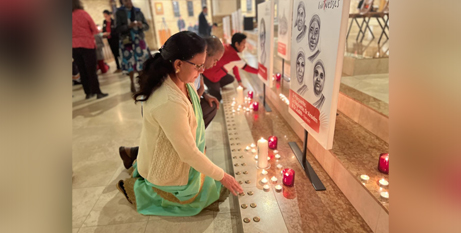 Australia’s capital has joined a select list of cities that have hosted Night of the Witnesses, an Aid to the Church in Need initiative that honours Christianity’s modern-day martyrs and those persecuted because of their faith. Source: Catholic Voice.

Participants joined a beautiful yet solemn gathering as St Christopher’s Cathedral for the Night of the Witnesses on Wednesday.

The nights have been held in several of the world’s great cities, including Washington DC, London, and Madrid

Presided by Archbishop Christopher Prowse, the solemn evening of prayer, hymns, and testimonies also included a candle-lit procession remembering the lives and stories of over 20 contemporary martyrs who died for their faith.

A procession of images of the martyrs from countries including Nigeria, Mexico, El Salvador, and Egypt, coincided with a brief reading of their “martyrology” or stories. Interspersed throughout the evening was time given to prayer, reflection and thanks for the witness of their lives.

“With faith and courage we can defeat any evil without fear,” Archbishop Nona said.

The Night of Witnesses event was held on the same night that cathedrals in Australia, as well as churches and monuments throughout the world, were bathed in red light for Red Wednesday, witnessing to the thousands of martyrs who have lost their lives for their faith. 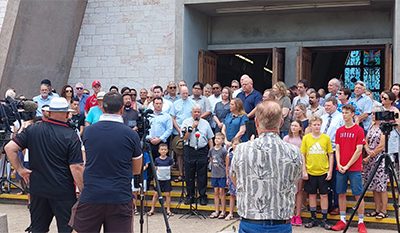