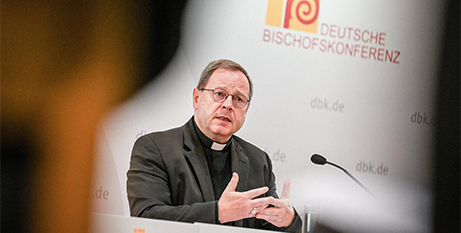 The German bishops’ meeting with officials of the Roman Curia last week was not a “showdown” but it did make clear the Vatican’s strong concerns about Germany’s Synodal Path, said the president of the bishops’ conference. Source: CNS.

Of particular concern was the Synodal Path’s support for official ministries for women and for a change in Church teaching about homosexuality.

Coming at the end of the bishops’ weeklong “ad limina” visits to Rome, the meeting on Friday with the heads of Vatican offices was “a serious test of synodality,” Bishop Georg Bätzing told reporters the next day.

In that meeting, “it was important to me to make it clear that the uncovering of abuse and structures that facilitated abuse in the Church have so shattered trust and called into question the authority of the bishops to such a degree that new paths are necessary in order to confront the crisis in the Church,” he said.

The German bishops promise to reflect on what was said and heard, he said, but that reflection and the continuing dialogue with the Curia must involve those who “make up the largest part of the people of God: the laity”.

“We are Catholics, and we will remain Catholics, but we want to be Catholics in a different way,” Bishop Bätzing said. Claims that the Church in Germany is moving toward a schism “are said from outside and meant to intimidate us”.

A joint statement published on Friday by the bishops and the Vatican said the meeting with Curia officials was chaired by Cardinal Pietro Parolin, Vatican secretary of state.

“In the perspective of open and fraternal sharing,” the statement said, “some proposals were put forward, such as that of applying a moratorium to the German Synodal Path, which was not accepted, and that of favouring an additional reflection and mutual listening in light of the perplexities that have emerged.” 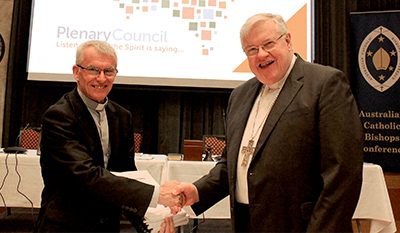 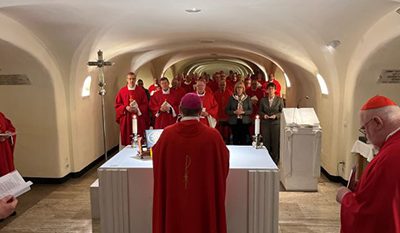