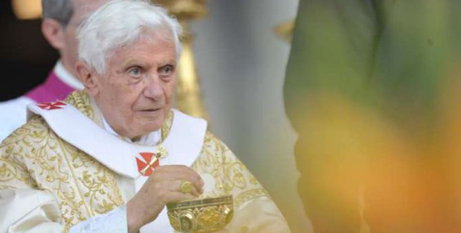 Pope Emeritus Benedict XVI has posthumously defended Christianity against claims of intolerance “in the name of tolerance”. Source: CNA.

In a new book published in Italy, the late pontiff warns of a “radical manipulation of human beings” and “the distortion of the sexes by gender ideology” in the name of tolerance.

Rejecting the argument of a German theologian about monotheism being linked to intolerance, Benedict counters that “the authentic counterweight to every form of intolerance” is, in fact, Christ crucified.

The late pontiff’s contribution, dated December 2018, is published in a new collection of texts by the theologian pope, touted by the Italian publisher as a spiritual “quasi-testament.”

The 190-page volume is called What is Christianity? It contains 16 contributions, four of which were previously unpublished.

According to CNA Deutsch, CNA’s German-language news partner, all of the texts were written after Benedict’s resignation in 2013.

Apart from his reflection on monotheism and modern intolerance against Christianity, the texts cover several other theological topics, from intercommunion to the reform of the liturgy and the Church’s dialogue with Islam.

Several of these issues have triggered vehement responses from German bishops and theologians and put the Church in Germany at odds with the Vatican — and the late pontiff.

One such virulent topic is the question of intercommunion between Protestants and Catholics — which leading German bishops have pushed for, despite Vatican objections.

The late pontiff reflects on the sacrament of the Eucharist in his essay on intercommunion. He explains why real ecumenism needs to account for the differences between Protestants and Catholics, rather than papering over these. 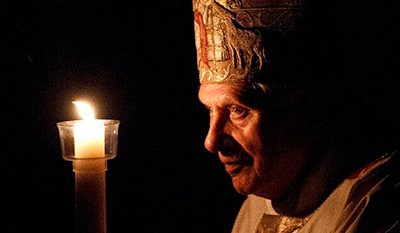 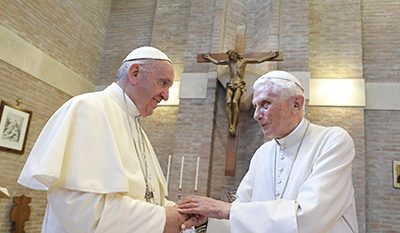