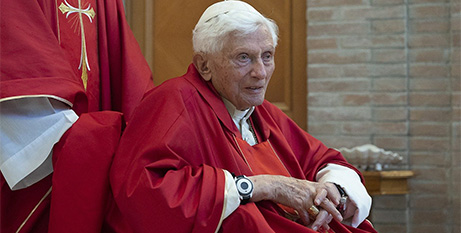 The Second Vatican Council, which opened 60 years ago this month, was “not only meaningful, but necessary”, retired Pope Benedict XVI said. Source: CNS.

Benedict XVI made the comments in a letter to a conference about his theological work at the Franciscan University of Steubenville in Ohio.

A theological understanding of the world’s different religions, the relationship between faith and reason and, especially, the nature and mission of the Church in the modern world were challenges the Church needed to face, the retired pope wrote in the message on October 20.

The Vatican-based Joseph Ratzinger-Benedict XVI Foundation sponsored the two-day conference on “Joseph Ratzinger’s Vision of the Church and Its Relevance for Contemporary Challenges”.

In his letter to conference participants, Benedict said he hoped their discussions and an understanding of his theological work before, during and after Vatican II would “be helpful in the struggle for a right understanding of the Church and the world in our time”.

As a priest and theologian, Fr Ratzinger attended all four sessions of the council as a theological adviser – a “peritus” – to the archbishop of Cologne, Germany.

St John XXIII’s decision to call the council, he said in the letter, was a surprise to everyone and many people initially thought it would “unsettle and shake the Church more than to give her a new clarity for her mission”.

But “the need to reformulate the question of the nature and mission of the Church has gradually become apparent. In this way, the positive power of the council is also slowly emerging”, he wrote. 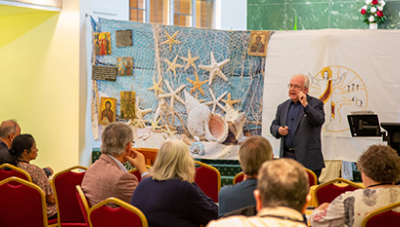